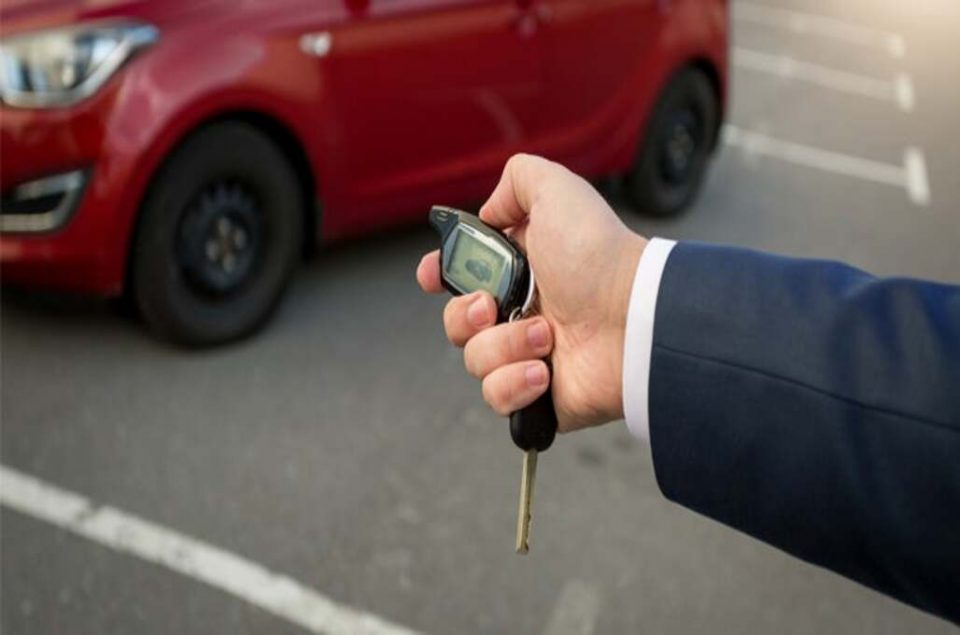 Car Alarm Goes Off When Unlocking With Key – If you have a modern car, then you should be familiar with these issues. Your car alarm is a security system that was pre-designed to alert you when there’s an attempt at theft. While keeping your car safe, the alarm may become a problem itself.

Now, how does your car alarm become a problem? Car alarms when used for a period could malfunction due to several reasons.

Yes! You could have a car alarm installed, and still have issues that may lead to its malfunction. For instance, the alarm goes off while using your key to unlock the driver’s door.

Car Alarm Goes Off When Unlocking With Key

This is often disturbing and you may not understand the problem. Alright, what to do at this point is the area of contention, right?

Well, not to worry, this article would enlighten you with the causes and possible solutions to fixing such issues. Before going into details, let’s know how the alarm is being triggered.

How The Car Alarm Is Triggered

In a nutshell, let’s say the car alarm is described as a computer, sensor, and siren with a remote control that helps in the arm and disarm the alarm.

Here is how this tripod works. When the sensor detects any form of intrusion, the alarm computer receives the signal and then causes the siren to set off which produces loud noises.

This would restrict the thief from continuing his work because of the fear of being caught.

However, a more advanced alarm includes immobilizers that not only peep the alarm but also prevent the car to start up.

Most car alarms use a voltage sensor to determine if a theft or intrusion is ongoing. Your alarm is being triggered when there’s a drop of voltage, as this sensor is specialized in monitoring the static voltage of the car’s electrical system.

Voltage can be dropped when your car door or trunk is left open as well as when your interior light is on. Also, if there’s an irregular attempt to start up the car or cutting off the power will trip the voltage sensor.

The shock sensor is most common in a car alarm system. If the sensor detects there’s an attempt to illegally gain access to your vehicle, then there’ll be a shock or vibration that would trigger the alarm to go off. These sensors are in single and dual-stage forms.

Well, the single-stage is responsible for defecting heavy impact, such as the doors being forced or breaking glasses.

While the dual-stage would chirp the siren as a warning signal when there’s light impact before it eventually gets the alarm to go off at a heavier impact.

Nevertheless, these sensors often produce false alarms, such as the vibration from a truck or noise from stereos, or loud exhaust.

It will excite you to know that this sensor could be adjusted for sensitivity to reduce false alarms.

The inclusion of a simple switch by the hoods, trunks, and doors would help activate the alarm when these are open and while the alarm is being armed.

Although, this can be worrisome to the owner as well because when your car door is open the switch closes thereby triggering the alarm to go off.

What Causes My Car Alarm To Go Off When Unlocking With Key And What To Do?

Sometimes you make use of your key fob to lock your car doors and then after a long while, this automatically arms the alarm.

When you try using the traditional key, you discover that the alarm goes off instantly. Well, this happens because initially you did not use this procedure to lock the car doors, and as such, the alarm has not been disarmed.

Also, it may be that you used a spare key rather than the original key and as such, your car doesn’t know if you’re using a key or a lock pick kit on the door. If you’re using an

Aftermarket alarm system, then there’s a tendency of the alarm going off if you don’t use the key fob to disarm it. Thus, it has a way of detecting whether the key was used or there’s a break-in.

The Aftermarket alarm system is connected to your dome light circuit and the plunger or sensor that indicates when the car door is open.

Unlike the OEM system that can use the key as a conductor to disarm the alarm system as long as it is the right key.

Now, what can you do to resolve this issue? Try locking it with the power or manual lock, if the alarm persists then use the key fob to disarm the alarm.

The key fob is specifically coded to your car and would transmit an encrypted signal that allows the car to know you used the fob in opening the car. This should disarm the alarm.

Also, an alarm that goes off when using the key to unlock the car door would be deactivated when you slot your key in the ignition.

This should do the trick because the car key has an RF chip, which should help the car to know it is the right key in the ignition. After the key has been confirmed, the alarm would be deactivated instantly.

I hope this article has pinpointed the errors and ways they can be fixed. Well, as much as you would like to fix potential alarm problems on your car, it is also important to have your car check by an automotive locksmith when such issues occur.

Although saving cost is the priority, having a perfect alarm system is great too. When your car alarm goes off when unlocking with the key it most likely you used your key fob in locking earlier and the car feels there’s a break-in.

What to do! Simple, remove your key, use your key fob to lock and unlock again, this should disarm the alarm.

Can Parking Sensors Be Added To a Car In 2021? Ultimate Guide

Does Mini Cooper Come With Parking Sensors In 2021?

Step-by-Step Guide on How To Choose Off Road Light

Can I Walk On My RV Roof In 2021? RV Roof Maintenance Tips