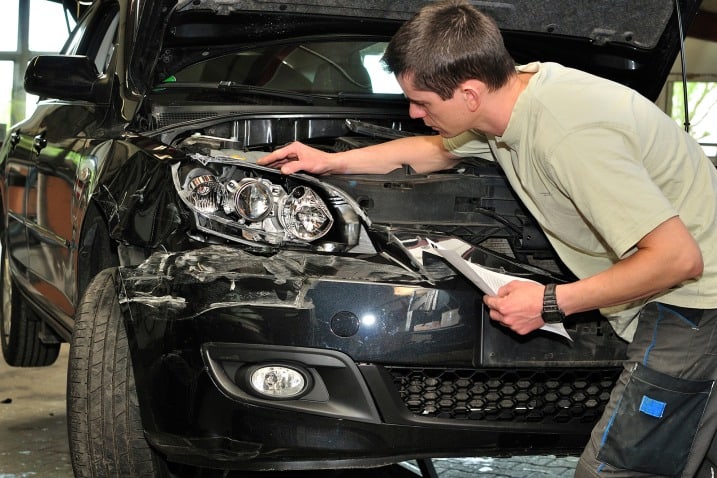 Can a Bad Car Alarm Keep Your Car From Starting – This is often a worrisome question most modern car owners would ask. Recall that the car alarm is a security device fixed and installed in the car to prevent your car from being stolen.

Also, the car alarm prevents vehicle thieves from carrying out their activity, by triggering up with a really loud noise. These security systems are sometimes called “Anti-theft Systems”.

However, you could have technical failures which may resist the starting up of your vehicle. Now, this could be a problem.

You wouldn’t want to pass through the stress of having to use a cab when you have a car.

Well, technically risen issues in your vehicle could be a result of any errors. Could it be caused by a bad car alarm? Let’s dive into details.

Can a Bad Car Alarm Keep Your Car From Starting Up?

Immobilizers are technological security devices that restrict your car from any form of movement.

More so, it is an anti-theft device that stops every functional proponent of your car if it detects any irregular activity. Some of which could be tampering with the alarm system, the illegal opening of the car door, and more!

Also, these occurrences may not necessarily be the problem. The car alarm immobilizer may be faulty and that also could make your vehicle inaccessible by not starting up.

However, you should know that these alarms come with an installed code that senses your key fob. Hence, if the wrong token or key is used to access the car, the immobilizer would lock all other proponents of the car.

Therefore, the right key and not the spare should be used, otherwise the car wouldn’t start due to a faulty alarm immobilizer.

Reasons Why The Car Won’t Start Because Of An Alarm

Cars refusing to start due to a faulty alarm may be a result of a couple of reasons. Most times, it wouldn’t start up until the alarm complications are properly fixed.

The car alarm sets off when a thief tampers with your car, also it will alert you by giving a warning siren when the battery is low and needs to be charged.

Consequently, whenever the engine is switched on, the battery could potentially get drained. Always use the multimeter check to read the battery. When you discover it is below 12.5v then you need to recharge.

However, the battery terminal may be faulty, this could restrict the free flow of power, hence the electrical components could receive an inadequate supply of power. Therefore, an alarm peep would interpret the reduction rate in the battery level.

When the alarm system has not been installed correctly, there’ll be frequent on and off. It would lead to statutory nuisance and in the same the car may likely not start.

The key fob, also known as the car remote control is a synchronized device used in locking and unlocking the car doors, disabling the alarm, and even starting up your car engine with a button.

However, a malfunctioning key fob may result in passing off a wrong signal to the alarm system. This could affect the alarm in making the car unable to start.

The sensitive shock sensor could trigger the alarm at the slightest touch. Also, constant triggering of the alarm could result in damages to the alarm system and would automatically drain the battery. Thus, it could result in a dead battery, and in the same vein, the car wouldn’t start.

How To Start Your Car Without Immobilizers

Damaged immobilizers, as well as dead car batteries, can cause a malfunctioning anti-theft system and restrict you from starting your car. However, here are some tips on how to start your car without immobilizers’ interruption.

If you discovered your car has been tampered with in a break-in attempt, your alarm system must have been activated in the process. Check your door lock cylinder or beneath the door handle to see if it was punctured with a screwdriver by the thief, if the driver’s door has been severely damaged use the passenger’s door.

Almost all modern cars have a Valet key or door key that performs a few tasks such as unlocking the car door. However, the Valet keys are often differentiated with a V sign. Make sure you use the right key to start up the car and the spare.

It is important to take necessary actions when the car won’t start because of an alarm. First, check your battery’s condition to know if it is drained due to a bad alarm. When the battery becomes faulty, then the option for a replacement. It is equally advisable to observe and obtain the required remedies.

It is no doubt that an alarm plays a vital role in the security of your vehicle and as such should be kept appropriately.

5 Tips on How To Remove Stains from Car Seats Quickly

Can I Use My Fire Stick While RV Camping? Setup Tips

Does Mini Cooper Come With Parking Sensors In 2021?

How Often Should I Change My RV Water Filter? A Brief Overview

Can I Run The RV A/C While Driving? RV Driving Tips